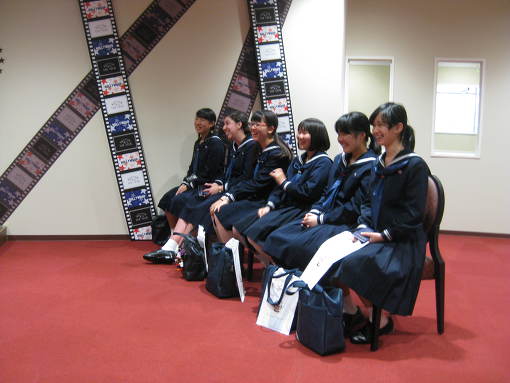 I went to Osaka with the ESS club members in Spring break, because we had an English camp.

The first day, we went to OEV (Osaka English Village). It looked like the USA there!! We tried our hand at the broadway musical, "You are the Dancing Queen". We also learned how to visit a restaurant and buy clothes. Moreover, we went to Hollywood!! I became an actor. It was difficult for us to speak English, but we enjoyed American life. I felt as if I were in a foreign country.

The second day, we went to a folk museum. We learned about various cultures such as Southeast Asia, Europe and South Africa. I felt as if I were in a foreign country again.

These experiences are very good memories for me.
Someday I want to go to a real foreign country!!